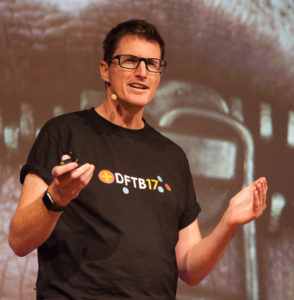 Andrew Tagg qualified from medical school in the UK before heading over to Australia the slow way, as a cruise ship doctor.  Now working in Melbourne’s west as an emergency physician, he looks after patients from their first days through to their last.

Having experienced the darker side of medical culture, he became determined to help drive change.  Since speaking out about his own issues with mental ill health and depression, he has been proud to be involved with Western Health’s Positive Workforce group, engaging clinicians at a local and national level.

He is also co-founder of Don’t Forget The Bubbles, a paediatric educational resource, that has gained global acclaim, both through its website and its innovative and engaging conferences.