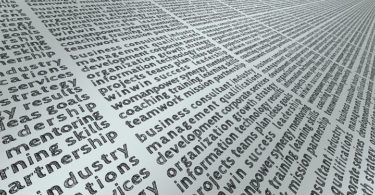 Professor Peter Spurgeon, one of the developers of the the Medical Engagement Scale (MES) and founder of the Institute of Clinical Leadership at Warwick Medical School, UK will be joining us on the 26th May from 5.30 in Melbourne. Stand by for the Eventbrite invitation! 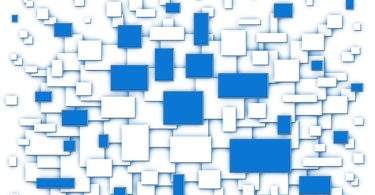 The Office of the Chief Scientist recently published a report on knowledge creation and application in the context of entrepreneurship.  It argues that knowledge is ‘the foundation of the highgrowth industries of the future’ (pg. iv).  Given that Australia is currently going through somewhat of a transition in terms of the structure of its economy then this is an important issue for the country. To some degree Australia is well placed for this future in terms of its share of the world’s top 1 per cent cited research papers in STEM (Science, Technology, Engineering and Maths) areas.  But overall the country is far more weak at bridging the gap between the creation of this knowledge and its application.  Australia places ninth for the quality of scientific institutions and only 72nd on Innovation Efficiency (output innovation relative to input in terms of the Global Innovation Index.  No Australia Universities place in Reuters’ ranking of top 100 innovative universities.  Fewer than one in two Australian businesses report innovative activity of any kind. This report is not an anomaly and other studies reveal similar patterns.  For example, the OECD ranks Australia last in terms of relationships between universities and businesses.  During a debate at the Melbourne Institute conference last week, the Prime Minister Malcolm Turnbull noted that other countries with similar academic cultures are ‘well ahead’ on industry engagement with university research. Such a state of affairs is depressing for those with an interest in innovation and entrepreneurship, but also offers a huge opportunity to advance this agenda.  It seems that in driving this agenda there are two things that are agreed upon.  The first is that the journey from knowledge creation to its implementation is not straight forward.  This process involves navigating a whole series of different organisations, interests and values.  The second point that is agreed on is that universities are central to this process. The recent introduction of Advanced Health Research and Translation Centres to Australia may be one way these activities may be improved in the context of health care.  Modelled on experiences in the UK, Canada and the US, these centres bring together universities, health organisations and clinical professionals to focus on producing high quality research and mobilising this into practice.  At the University of Melbourne we have a project seeking to evaluate these organisational arrangements as they develop and you should see a report from us on this soon. The Victorian Health Network is another innovation that seeks to support the mobilisation of knowledge, particularly in relation to systems improvement.  We believe that knowledge is best mobilised where it is socialised between different actors within a system.  By bringing together senior individuals from across the health system with an internationally renowned speaker, we believe this affords the system the opportunity to learn from the best and to think about how it mobilises this knowledge into practice. The first VHN event takes place next week and we have just a few places left.  We will be hearing from David Albury on the topic of ‘Health Innovation: From buzzword to disciplined action’.  If you are interested in attending then drop us a line to find out more. 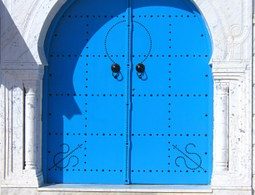 19th November 2015 at 5.30-7.30 pm Join the members of the Victorian Health Network in conversation with David Albury. David Albury is Director, Innovation Unit; Consultant (and formerly 2009-14 Design and Development Director) to the Global Education Leaders’ Program (GELP), Associate of the Institute of Government and a Fellow of the Royal Society of Arts. For over two decades, David has consulted and advised on forming and implementing strategies and policies for transformation and innovation in healthcare, education and other public services. He has worked with and coached senior politicians and policy-makers, leading managers and professionals in local, national and international organisations. He works and speaks nationally and internationally, in the UK, Canada, US, Brazil, Australia and New Zealand, on creating the conditions for whole system transformation and radical innovation – especially, in recent years, on effective approaches to scaling and diffusion. He was, from 2002-2005, Principal Adviser in the UK Prime Minister’s Strategy Unit where he co-ordinated advice on health service strategy, led a major review of education policy and co-authored the seminal report on Innovation in the Public Sector. This Victorian Health Network event has been made possible by Melbourne School of Government, Melbourne University, Victorian Healthcare Association and EY. 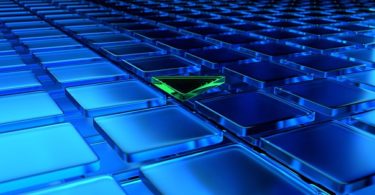 Over the past few decades the concept of networks has received significant attention.  In a context where the organisation of health service delivery is becoming ever more complex and disaggregated with multiple agencies playing some role in these processes, shifting demographics and changing disease profiles, the increased prevalence of ‘wicked issues’ and rising consumer expectations, it is more important than ever that the broad ‘health network’ is able to communicate and to collaborate to ensure that resources are used efficiently and that services are effective and able to share best practice. Organisations and actors within the broad health network interact in many ways on a day-to-day basis.  However, this is often in relational to the transactional business of service-delivery, rather than with the ongoing improvement of the broader system.  The latter is a significant challenge given that it does not always fit squarely as the responsibility of any one organisation or agency.  Conceiving of the Victorian health system as a network and inviting partners to think about possible modes of improvement across the system can be a helpful way to drive performance in a broad sense. While networks are often spoken about as though they are all similar, there are multiple different forms of networks and each has implications in terms of what links these, the kind of contribution they can make and their potential weaknesses.  When considering developing a network it is important to understand the motivations for this – although in practice it is likely that not all partners will share precisely the same goals and aspirations.  From the literature there two particular characteristics of a successful network: Allows for formal and informal links Whilst formal links across this network will be helpful in underpinning activities and learning across this, the evidence suggests that formal processes can only take systems so far.  What high performing systems typically demonstrate is a high degree of relational capital across the system, where different individuals and agencies understand each other and can predict with a degree of certainty how these partner will behave in response to changes in the broader context. Individual and organisational networks are equally important and both are essential Bass (1974) identified that in order for leaders to be effective they need to achieve network centrality, establish areas of influence and span structural ‘holes’ regardless of the particular form of the network.  There is no doubt that individual relationships are crucial to the effective operation of networks, but any network purely rooted in individual contacts that did not connect with the broader aspirations of the organisations concerned – such as the need to pursue problem sharing and problem solving – would only either serve the interests of the individuals concerned and/or be short-lived. Networks that are able to structure the interaction of individuals and organisations are typically viewed as being more effective in meeting their goals.  In these networks individuals are able to develop relational capital across organisational and sectoral boundaries, which they may leverage at a later date.

The Victorian health system is a complex web of public and private providers, funded by the State and Commonwealth governments and used by a population who come from increasingly complex cultural and socio-economic backgrounds. The rate of change required to keep pace with the population’s health needs requires new and innovative ways of delivering care. Those organisations and individuals that are leading the way are seeking novel collaborations, drawing from expertise in other industries and constantly learning from their peers around the world. Sometimes this is via the establishment of formal partnerships such as Academic Health Science Centres or membership of groups such as the Institute for Healthcare Improvement. For Melbourne and Victoria, there is much that can be learned from following these models in the long term. Victoria can continue its reputation as a leading state for innovative, proactive healthcare by building a network to deliver many of the advantages of these more formal partnerships: A single network which brings together everyone involved in the healthcare industry: health providers, policy leaders, politicians, business, entrepreneurs and the third sector; A neutral agenda-free space to test ideas amongst the leaders of health; and A forum for conversations that provoke our leaders to think differently Establishing such a network in Melbourne is essential to meeting the challenges of healthcare delivery now and into the future. We need new ways of generating ideas and new ways of inspiring our health leaders and thinkers, which can all be accomplished through a forum that provokes and inspires.