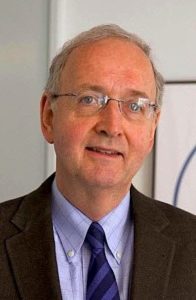 John E. McDonough, DrPH, MPA is Professor of Public Health Practice in the Department of Health Policy & Management at the Harvard T.H. Chan School of Public Health and Director of the Center for Executive and Continuing Professional Education.

In 2010, he was the Joan H. Tisch Distinguished Fellow in Public Health at Hunter College in New York City.  Between 2008 and 2010, he served as a Senior Advisor on National Health Reform to the U.S. Senate Committee on Health, Education, Labor and Pensions where he worked on the development and passage of the Affordable Care Act.

Between 2003 and 2008, he served as Executive Director of Health Care for All, Massachusetts’ leading consumer health advocacy organization, where he played a key role in passage and implementation of the 2006 Massachusetts health reform law.  Between 1998 and 2003, he was an Associate Professor at the Heller School at Brandeis University and a Senior Associate at the Schneider Institute for Health Policy.  From 1985 to 1997, he served as a member of the Massachusetts House of Representatives where he co-chaired the Joint Committee on Health Care.

He received a doctorate in public health in 1996 from the School of Public Health at the University of Michigan and a master’s in public administration from the John F. Kennedy School of Government at Harvard in 1990.

He blogs regularly at Health Stew, available at: https://healthstew.com/