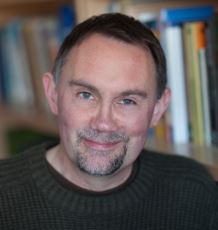 Professor Charles Abraham was recently named one of the top 100 practicing scientists in the UK by the Science Council.  He was especially noted for his contribution to training and supervision in health psychology.

Charles is a behavioural scientist and practising health psychologist (registered by the UK Health Professionals Council).  In addition to research and teaching, he provides training, consultancy and policy advice.  Charles is a visiting professor at the universities of Sussex, Nottingham and Maastricht and a Research Associate at the Center for Health, Intervention, and Prevention (CHIP) at the University of Connecticut.  Professor Abraham has recently joined the faculty at the Melbourne School of Psychological Sciences in the Faculty of Medicine, Dentistry & Health Sciences at the University of Melbourne.

He was the founding Chair of the British Psychological Society, Division of Health Psychology and has worked as a research consultant to the Department of Health in the UK.  He was a member of the National Institute for Health and Clinical Excellence (NICE) group which developed the 2007 guidelines on Behaviour Change practice and is a member of the group that will extend this guidance in 2013.

He was Special Advisor to the House of Lords Select Committee on Science and Technology during their 2010/11 inquiry into the role of behaviour change in government policy development and implementation.  He also co-chairs the Athena Swan (AS) working group in the University of Exeter Medical School and serves on the university’s AS committee.

Charles’ research focuses on the design, evaluation and implementation of evidence-based behaviour change interventions.  His research at the University of Exeter contributes mainly to the research theme of “translational medicine, personalised healthcare and public health” but also to the “climate change and sustainable futures” theme. He has a strong interest in developing evidence-based behaviour change interventions that have the potential to generate population-level changes.