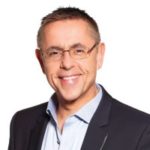 Producer and presenter of the Health Report, Dr Norman Swan, is a multi-award winning producer and broadcaster.  Dr Swan’s career has been highlighted by his desire to keep the Australian public informed of health developments as they happen. This allows him to combine medical expertise with investigative reporting, clear analysis and the knowledge to report the latest research in health and medicine.

One of the first medically qualified journalists in Australia, Dr Swan is highly regarded by the medical and health professions.

Born in Scotland, he graduated in medicine from the University of Aberdeen and later obtained his postgraduate qualifications in Paediatrics in the United Kingdom. Joining the ABC in 1982, Dr Swan has won numerous awards for his work on RN.

Dr Swan was named Australian Radio Producer of the Year in 1984 and was awarded a Gold Citation in the United National Media Peace Prizes for his radio work. He has won three Walkley National Awards for Australian journalism and in 1989 he was given Australia’s top prize for Science Journalism, the Michael Daly Award.

A famous example of Dr Swan’s work is his much publicised and controversial investigative program on scientific fraud and the well-known gynaecologist Dr William McBride. The program exposed fraudulent research, sending shock waves throughout the medical world and led to Dr William McBride being de-registered. It earned Dr Swan the 1988 Australian Writers’ Guild Award for best documentary and a Gold Walkley.

In addition to the Health Report, Dr Swan appears on local ABC radio. He also presents the popular Health Minutes on ABC Newsradio each week. Norman edits his own newsletter, The Choice Health Reader, which is published in association with the Australian Consumers Association.

Norman Swan is known outside Australia. He was the Australian correspondent for the Journal of the American Medical Association and has consulted for the World Health Organisation in Geneva.