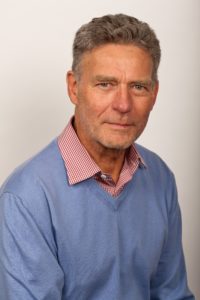 Michael West is Senior Fellow at the King’s Fund, London and Professor of Organizational Psychology at Lancaster University Management School.  The focus of his research over 30 years has been culture and leadership in organisations, team and organizational innovation and effectiveness, particularly in relation to the organization of health services.  He also lectures widely both nationally and internationally about the results of his research and solutions for developing effective and innovative health care organizations.

Michael graduated from the University of Wales in 1973 and received his PhD in 1977. He has authored, edited or co-edited 20 books and has published over 200 articles for scientific and practitioner publications, as well as chapters in scholarly books.  Currently, he is also the Visiting Professor at University College, Dublin and Emeritus Professor at Aston University where he was formerly Executive Dean of Aston Business School.  He is a Fellow of the British Psychological Society, the American Psychological Association (APA), the APA Society for Industrial/Organizational Psychology, the International Association of Applied Psychologists, the British Academy of Management, the Academy of Social Sciences and a Chartered Fellow of the Chartered Institute of Personnel and Development.  From 2009 to 2013, Professor West led the Department of Health Policy Research Programme into cultures of quality and safety in the NHS in England.  He also led the NHS National Staff Survey development and implementation for eight years and has built an unparalleled evidence base.  He provides regular policy advice to many national NHS organisations.