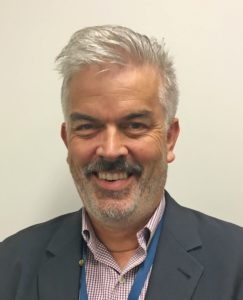 Kieran Halloran is a social worker who has worked in community mental health and disability services in Victoria for more than two decades.  He has been drawn to working at the growing edges of the sector and has specialised in practice that seeks better outcomes for people who have multiple complex service needs.  Partners in Recovery has been an exciting national initiative and with consortia of local agencies, consumers and carers and Kieran has led the direction of the 3 large PIR services associated with Eastern Melbourne PHN.

North East Melbourne PHN has been rolling into the NDIS over the last 12 months and Kieran and his PIR colleagues are working to put in place the steps needed to prepare up to 1000 PIR consumers to transition constructively to individualised NDIS plans.