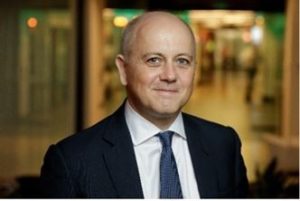 Before he was appointed CEO of Australian Digital Health Agency, Tim’s previous role was the Strategy and Commercial Director at Telstra Health.  Prior to that, he was National Director for Patients and Information in NHS England – a role which combined the functions of chief technology and information officer with responsibility for patient and public participation.

He was chair of the National Information Board and led development of ‘Personalised Health and Care 2020’ – a framework for implementation of a modern information revolution in the NHS in the UK.  In 2012, he served as the British government’s first Executive Director of Transparency and Open Data.  Tim was co-founder and CEO of Dr. Foster Intelligence that was launched in 2000, a company which pioneered publication of patient outcomes in healthcare.  Telstra Health bought Dr. Foster in 2015.

Tim was a trustee of the Nuffield Trust, a leading health policy think tank, until 2015.  He was also appointed visiting professor at the Institute for Global Health Innovation at Imperial College, London in November 2015.  He was named a “Reformer of the Year” by the Think Tank Reform in 2012 and “One of the 500 Most Influential People in the United Kingdom” in 2014 by the Sunday Times.

Before Dr. Foster, Tim held various news editor, investigative and television reporter roles, among them for the Independent and The Sunday Times, as well as Channel 4 and the BBC.